I was down at Bridge 3 this afternoon and found two very recently fledged birds below the bridge . I saw the dark adult foraging up stream from the bridge.  The adult returned and fed the hatchling(s) that was still in the nest. It sounded like only one bird in there.

The fledglings hopped about on the rocks ,flew short distances, called and swam. They also were dipping alot.  The dark bird moved close to them but made no attempts to feed them . Instead it foraged for food and fed the bird still in the nest. The fledglings were about 25 -35 meters below the bridge when I left after 30 minutes. At no time did I see the other adult. This fledging is a couple of days earlier than predicted but the fledgling looked very healthy. I did manage a couple of photos of one of them. 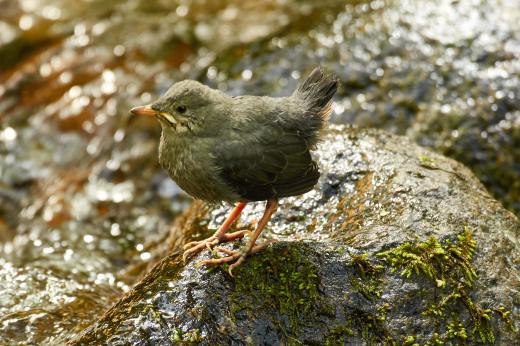 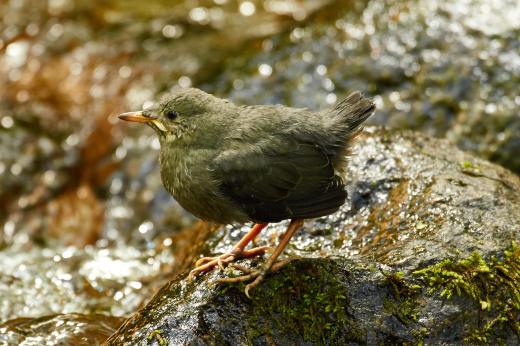 Peter and Linda watched for 45 minutes late this afternoon after I was there and saw both adults feeding but no fledglings.

And then later Mary Jane visited and did see the dark bird feed one of the fledgling she saw below the bridge.

I stopped at Bluebird Park as well and saw the unbanded female fly up and feed the noisy chicks. I was only there for 5 minutes. The water levels are low like last season at this time and so neither pair may attempt a second brood. From all reports the Bridge 3 birds have not been seen doing any of the behaviors associated with another nest attempt.