10 AM Bluebird Park: Teresa, Jeff, Eric and Frank met to do the first of two round of macroinvertebrate sampling.We visited the three nest sites and a fourth site above the swimming reservoir, sampling at each site during the morning.We also recorded water and air temperatures along with pH and dissolved oxygen levels. When we arrived at Bridge #3 around 11:25 we witnessed an amazing sight: two halves of an egg shell falling into the water. A chick had just hatched! It may have been the first one. The female flew back into the nest when we were there, so she is still brooding and we saw the male with food.

I returned after the macro surveys and watched the nest for an hour. The male flew upstream shortly after my arrival and returned 25 minutes later with food. After contact calls with the female he flew up and fed. He flew back down with some food still in his bill. Then flew back up to finish the feeding. In an hour I never saw the female leave the nest. I believe he was feeding Mayflies. (Family: Siphlonuridae) 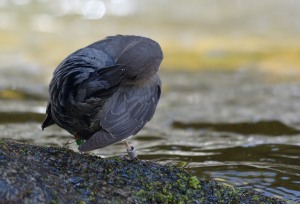 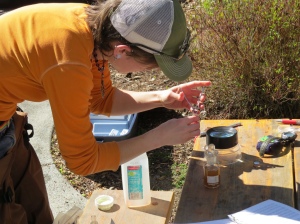 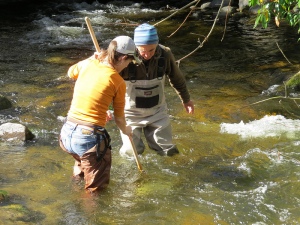 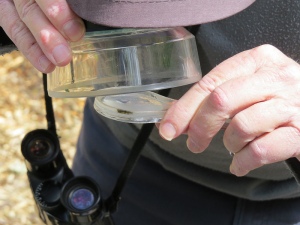 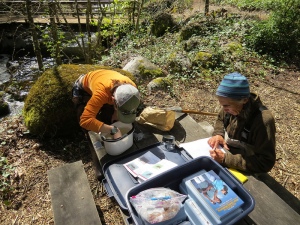 This entry was posted in Watch Notes. Bookmark the permalink.